Back in 1981, there was a game co-written by Bill Gates and  released for the early versions of the PC-Dos operating system, called Donkey.bas. Drive Fast and Dodge the Oncoming obstacles is an XNA clone done in honor of that game. This game was used in my Portland Code Camp 3.0 presentation as a demonstration of just how quickly you can construct a 2D game using the XNA game development framework. 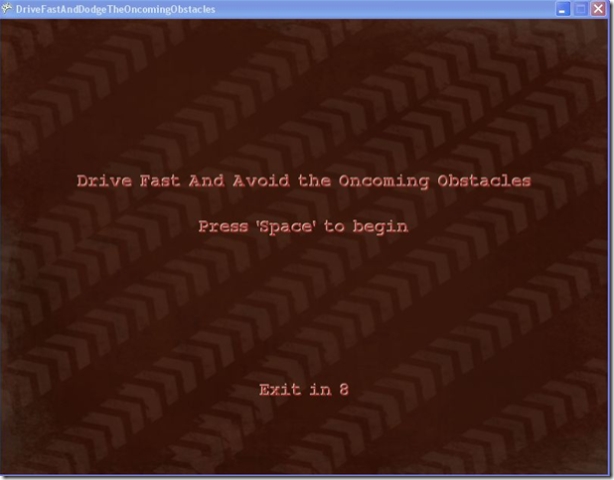 I have enhanced the game to be a full "single-switch" game so that the player can actually move through and exit the game without using any other keys than the spacebar. Creating accessibility games like that is a good challenge for game developers as well as a huge benefit to people with handicaps and disabilities. 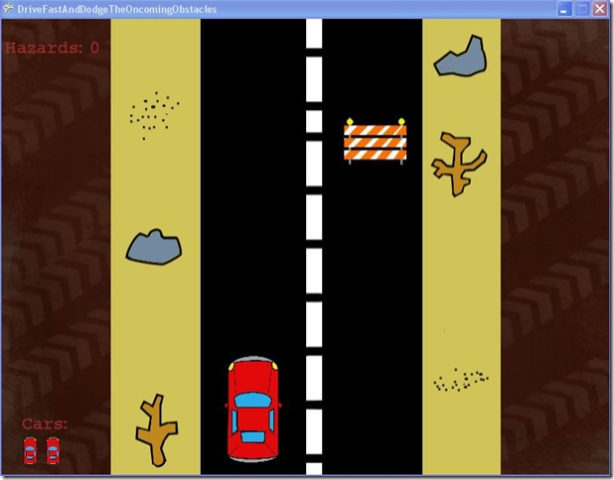 So how does it play? 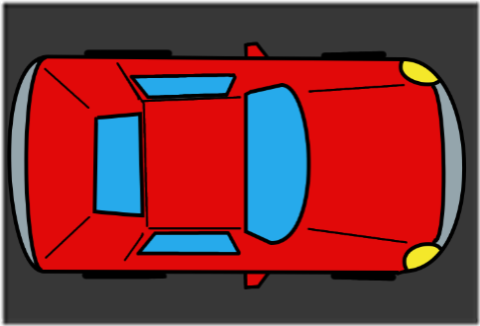 What kinds of things can you learn from the source code?

My goal for this game was to create a very simplistic introductory 2D game. I kept the design of the game simple on purpose as well as the development techniques that were used. This game has the basics for keyboard input, time tracking variables, loading 2D sprites and movement. It also has a great example of scrolling a background vertically and showcases some good object re-use.

Take a look at the code play with it and most of all, make sure you are having fun!